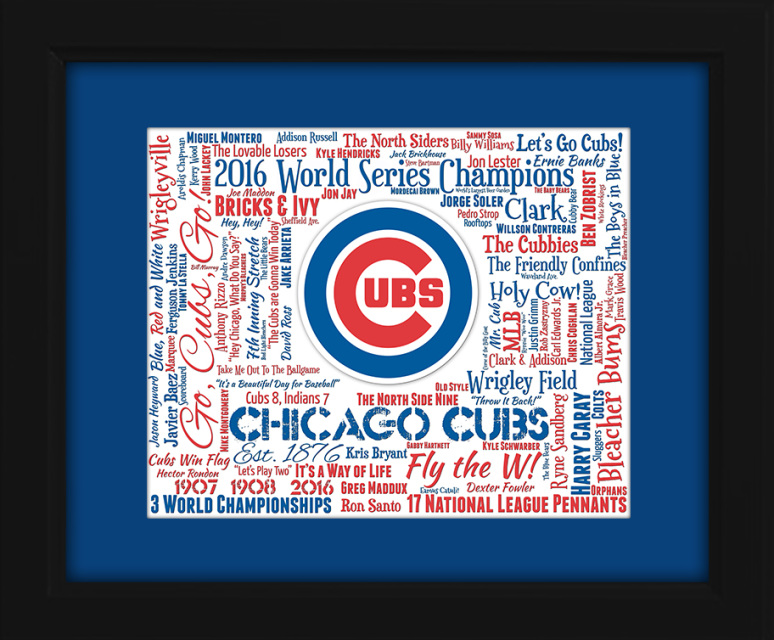 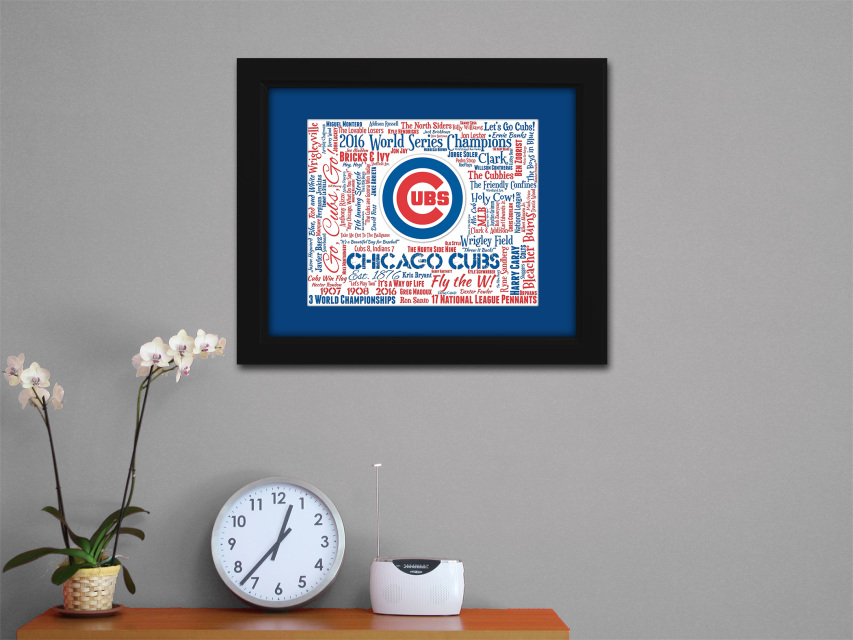 CELEBRATE THE 2016 WORLD SERIES CHAMPIONS with this is beautiful, unique Art Piece inspired by the Chicago Cubs.  It is the perfect gift for any true Cubbies fan. It is so unique and exclusive that it cannot be found anywhere else.

The distinctive, full color artwork includes over 100 popular names, phrases, and awards along with listings of major milestones, famous players and other identifiers, to create an incredible lasting tribute to this very special team.

Creatively incorporates everything people love and cherish about the team, including some phrases that ONLY true fans would know, such as:

Photographs simply don’t do justice to how truly breathtaking your art piece will be when hanging on the wall of that special fan.

Note: Since my designs are always evolving with new words frequently added, the image shown may not include recent updates or changes.
Add to Cart