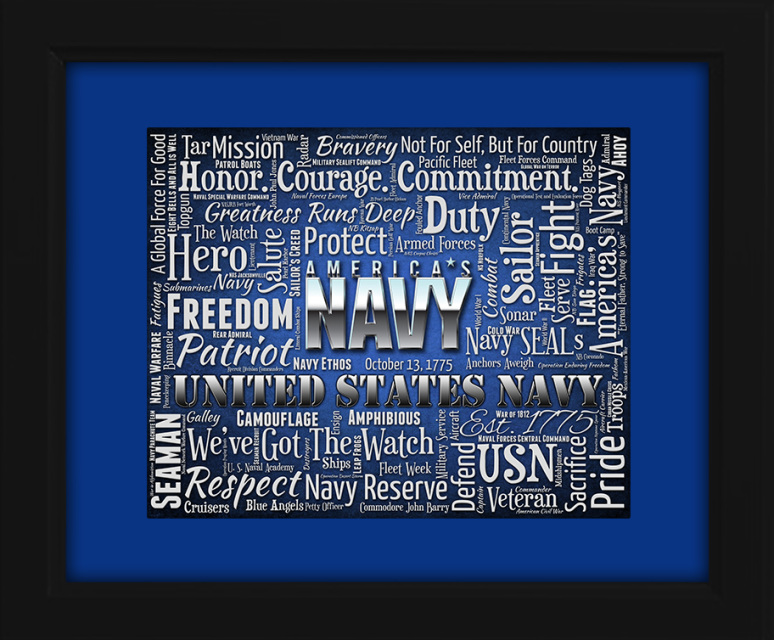 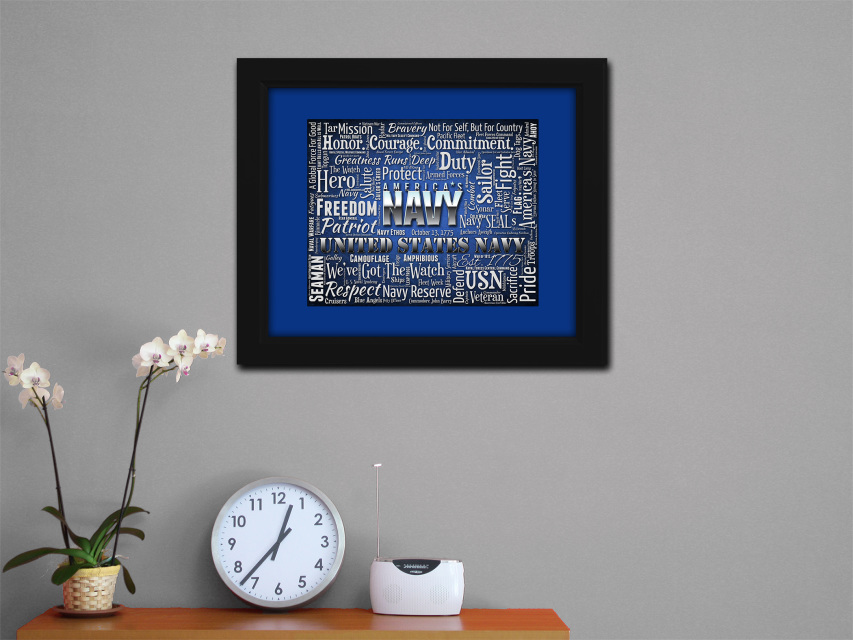 This is a beautiful, unique Art Piece inspired by the United States Navy, and is the perfect gift for any Sailor. It is so unique and exclusive that it cannot be found anywhere else.

The distinctive, full color artwork includes over 120 popular phrases, sayings, names, bases, deployments and slogans and other U.S. Navy identifiers, to create an incredible lasting tribute to one of the most remarkable units of our military.

The art piece is beautifully framed behind glass in a large 16x20 black frame with coordinated matting and is a stunning addition to any home or office.

Creatively incorporates words and phrases that personify and describe the United States Navy, like:

Photographs simply don’t do justice to how truly breathtaking your art piece will be when hanging on the wall of that special Sailor.
This piece includes matting, framing and protective glass.