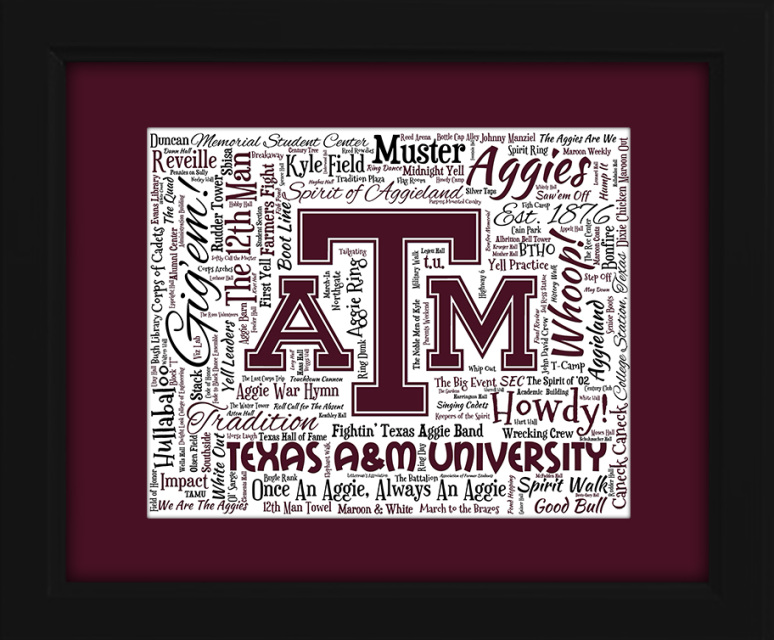 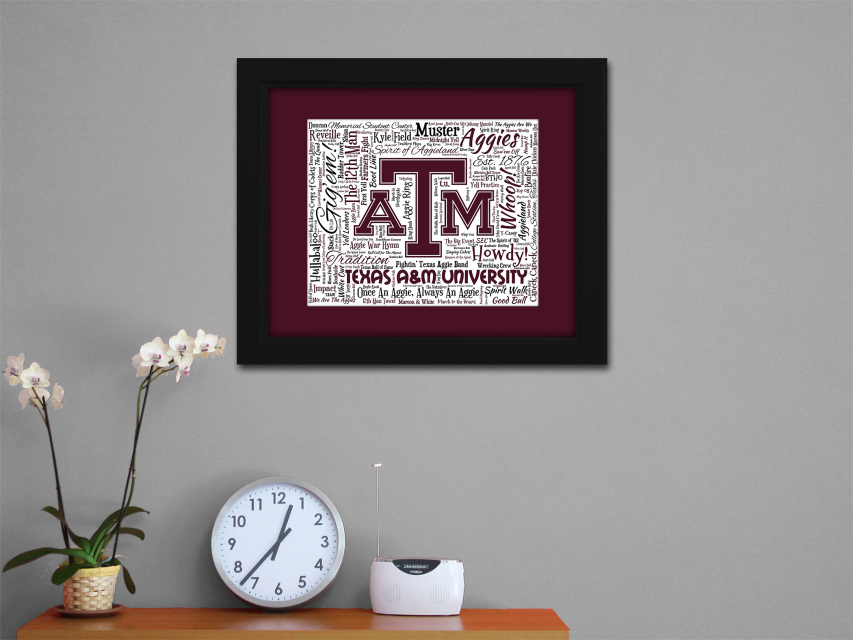 This is a beautiful, unique Art Piece inspired by Texas A&M University and is the perfect gift for any true Aggie fan. It is so unique and exclusive that it cannot be found anywhere else.

The distinctive, full color artwork includes over 160 popular Aggie phrases, sayings and traditions along with listings of popular events, famous landmarks and other Aggie identifiers, to create an incredible lasting tribute to this very special university.

Photographs simply don’t do justice to how truly breathtaking your art piece will be when hanging on the wall of that special Aggie fan.

SCROLL DOWN FOR MORE INFO
Add to Cart
"It's like Wikipedia in Art Form. People can't stop looking at it."  -Julia Garrison, verified purchase


Creatively incorporates all of the following popular traditions and phrases, like:

Also combines many other identifiers, buildings and landmarks that personify and describe this amazing place, including some phrases that ONLY true Aggie fans would know, like: